Jon Steingard has made a declaration on social media. Dawn and Steve Mornings discuss an article at The Christian Post by Anugrah Kumar titled "'I no longer believe in God,' declares Jon Steingard of Christian band Hawk Nelson".

Hour 2: International Day of the Unreached

A third of us have never heard the sweet name of Jesus. Nik Ripken, author of The Insanity of God, is a guest on Dawn and Steve Mornings to discuss the International Day of the Unreached, a movement to take the gospel to each nation!

Wayne Pederson, Liason to the Far East Broadcasting Company, joins Dawn and Steve Mornings to continue to conversation about reaching people with the gospel! 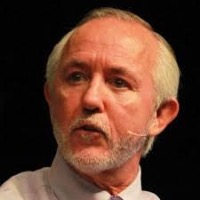 Nik Ripken is the world's leading expert on the persecuted church in Muslim contexts. He is a missions veteran of 30 years, having served primarily in North Africa and the Middle East. He is the author of The Insanity of God and the new book The Insanity of Obedience. He and his wife have done extensive research on the persecuted church and on Muslim background believers in approximately 72 countries.

Wayne Pederson is the former president of Reach Beyond and NRB, and currently serves FEBC as special liaison to Ed Cannon, the USA president and CEO.  Well-known for his years of broadcasting leadership, Pederson is the outward face of FEBC, representing the organization in public and to the media. Pederson retired as president of Reach Beyond in 2016, having led the Colorado-based international broadcast, health care, and leadership development ministry for eight years. Prior to that, he served at Moody Radio and Northwestern Radio in Minneapolis. He received the 2018 NRB William Ward Ayer Award for Distinguished Service.