Weary of staying at home? Dawn and Steve Mornings cover some unusual happenings that are making headlines across our country.

Moody author, Justin Holcomb, joins the conversation on Dawn and Steve Mornings to discuss the difficult issue of domestic abuse. Holcomb's book, Is It My Fault?: Hope and Healing for Those Suffering Domestic Violence, addresses domestic abuse and reveals the hope its victims have in Jesus.

Looking for a car? Jim Paris of ChristianMoney.com, joins the conversation on Dawn and Steve Mornings to tell listeners about an opportunity to find a good deal on a vehicle. 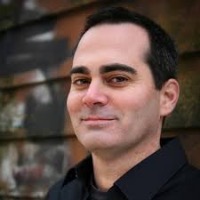 Justin Holcomb is an Episcopal priest and teaches theology, philosophy, and Christian thought at Gordon-Conwell-Theological Seminary and Reformed Theological Seminary. He holds two masters degrees from Reformed Theological Seminary and a Ph.D. from Emory University. Justin has written or edited numerous books: Know the Heretics, Know the Creeds and Councils, On the Grace of God, Acts: A 12-Week Study, For the World, and Christian Theologies of Scripture. He and his wife, Lindsey, are authors of: Is It My Fault?: Hope and Healing for Those Suffering Domestic Violence and Rid of My Disgrace: Hope and Healing for Victims of Sexual Assault. Justin serves on the boards of REST (Real Escape from the Sex Trade) and GRACE (Godly Response to Abuse in Christian Environments). He also serves on the council board of the Biblical Counseling Coalition. Connect with Justin Holcomb on Twitter, Facebook, Amazon, and his blog. 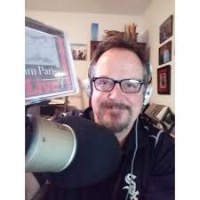 James L. Paris is the author of more than 30 books including the bestsellers Living Financially Free and How To Pray For A Financial Miracle. Paris is the Editor In Chief of the website ChristianMoney.com and the host of Jim Paris Live (a nationally syndicated live radio talk show). He regularly appears as a guest on radio and TV as a financial commentator. He has appeared on Coast To Coast AM, The 700 Club, Moody Radio, Point Of View, Life Today, Fox News Channel, CBS and NBC Orlando, and countless other media outlets worldwide.
He is a trumpet player and a 3rd-degree black belt Taekwondo instructor. He has three adult children and lives with his wife Ann and two dogs in Palm Coast, FL.