Hour 1: The Pressure of Being a Woman on Zoom

"Charm is deceitful, beauty is vain, but a woman who fears the Lord is to be praised." Proverbs 31:30 Join Dawn and Steve Mornings as they discuss an article from Vox by Leslie Goldman that suggests that women MUCH MORE THAN MEN, are apologizing for their appearance on video calls/meetings. True? And why?

Host of The Public Square, David Zanotti, is a guest on Dawn and Steve Mornings to discuss "The COVID Chronicles". The Public Square can be heard on Moody Radio every Saturday at 8:00 p.m.!

Grief. It has touched many areas of our lives seemingly all at once due to COVID-19. Dr. David Wang is a guest on Dawn and Steve Mornings to discuss how to navigate "the stages" of trauma, grief, and loss based on an article that he has written. 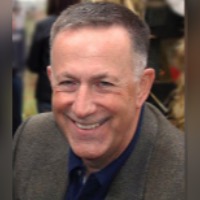 David Zanotti grew up in a family of six in a small home near Cleveland, Ohio. His father was a WWII veteran. His grandparents were Italian immigrants.

Mr. Zanotti holds a B.A in Religion and Ancient Civilizations and an M.A. in American History and Government from Ashland University.

In 1989 Mr. Zanotti created the news and commentary broadcast, The Public Square®, which has become one of the longest-running daily feature programs in America.

Books written by David Zanotti include God Won’t Vote This Year (2007), The Commission (2009), Free Agents: How America Moves from Tea Parties to Real Change (2010), A Spare Hall: The Declaration of Independence Redefined by President Barack Obama(2013), First: The Leadership of George Washington (2018). 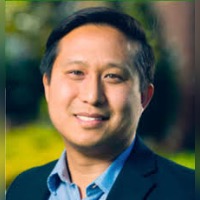 Dr. Wang is a licensed psychologist and on full-time faculty at the Rosemead School of Psychology (Biola University), where he teaches courses in Trauma Therapy, Dialectical Behavior Therapy, Multicultural Psychology, and the Integration of Psychology and the Christian faith.

Dr. Wang also holds a Masters of Theology (Th.M) degree with a concentration in Spiritual Theology from Regent College (Vancouver, British Columbia).  While there, and under the supervision of Dr. J.I. Packer, he completed and published his thesis on "Spiritual Depression (from the perspective of the English Puritans)" and the "Dark Night of the Soul" in the Journal of Spiritual Formation and Soul Care.

Dr. Wang also holds a B.A. in Computer Science and Social Welfare from the University of California, Berkeley.

Dr. Wang is also pastor of spiritual formation at One Life City Church and serves on the board of directors for Joya Scholars, a non-profit organization that seeks to inspire and prepare students from families of at-risk communities in Fullerton to succeed through higher education.