Do we trust the "way that seems right to a man" or do we walk by faith? Dawn and Steve look at an article by Jim Denison from Christian Headlines that outlines 4 reasons to trust God's providence.

The coronavirus has brought some changes in the way we celebrate. Dawn and Steve Mornings will look at how a devoted dad surprised his graduating daughter after her ceremony was canceled and listeners will weigh in to share how their celebratory moments have had to change.

Christian author and teacher, Josh McDowell, joins Dawn and Steve Mornings to discuss the mental health issues that may increase due to the COVID-19 pandemic. McDowell will outline how we can confront and take down these stumbling blocks. 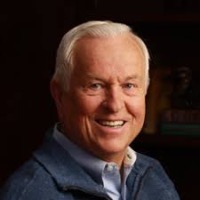 Josh McDowell has been at the forefront of cultural trends and groundbreaking ministry for more than 50 years. The Ministry serves and equips the Body of Christ in raising generations of purpose-driven Christian who know what they believe, why it is true, and how to live it out.

Since 1960, Josh has written or co-authored 151 books in 128 languages including More Than a Carpenter and Evidence That Demands a Verdict — named one the twentieth century’s top 40 books and one of the thirteen most influential books of the last 50 years on Christian thought by World Magazine.

In addition to many other awards, Josh has been nominated 36 times for the Gold Medallion Award and has received that award on four occasions.

In spite of all the honors and awards he has received, Josh will tell anyone that his greatest joys and pleasures come from his family. He and his wife Dottie have been married for 48 years. They have four children and ten grandchildren.