How does the Church respond to COVID-19? Always ready to encourage and challenge, Francis Chan hits both of these in a conversation about how Christ-followers engage during the days of COVID-19.

The second hour of Dawn and Steve Mornings will focus on a special ops combat veteran nonprofit, All Secure Foundation. Serving our country can take its toll on military families and relationships. Tom Satterly and his wife, Jen, know the sacrifice well and are founders of All Secure Foundation. Satterly shares wise counsel for counting the cost and not allowing it to be the ultimate price.

Approximately 1.7 million Americans will be diagnosed with cancer this year. During the last hour of Dawn and Steve Mornings, listeners will learn about Phil's Friends, a nonprofit that offers hope to those affected by cancer. Phil Zielke brings light to a difficult conversation when cancer is the road ahead. 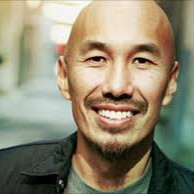 Pastor and speaker Francis Chan has written numerous bestselling books including Crazy Love, Forgotten God, Erasing Hell, Multiply, and You and Me Forever. In addition to founding Cornerstone Church, where he pastored for 16 years, Francis helped launch Radius International, which equips cross-cultural church planters with skills necessary to plant healthy, viable, reproducing churches. He recently started Project Bayview discipleship homes for men and women coming out of addiction or incarceration.  He is currently a pastor of We Are Church which is planting churches in Northern California. Francis and Lisa, his wife of 25 years, have seven children and one beautiful granddaughter. 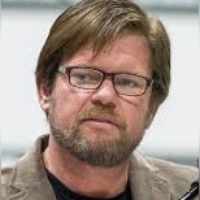 Tom Satterly was born and raised in Seymour, Indiana, and joined the Army with the hopes of seeing the world and earning some college money. Twenty-Five years later he retired as a highly decorated Command Sgt. Major of Delta Force, the most elite and secretive US military Special Operations unit.

Tom fought in and was portrayed in the Oscar-Winning 2001 film "Black Hawk Down" which was the longest sustained firefight since Vietnam. As a Green Beret, Delta Force Operator, and then Command Sgt. Major, Tom deployed countless times around the world and led hundreds of hostage rescue and direct action missions to kill or capture terrorist and high-value targets, including the capture of Saddam Hussein.

Tom currently serves alongside his wife, Jen Satterly, as Co-Founders and Chief Program Officers of All Secure Foundation which serves Special Operation combat warriors and their families heal from the invisible wounds of war (allsecurefoundation.org). In addition to All Secure Foundation, Satterly's Operate Virago, a platform for women who are in a relationship with a Special Operation combat warrior who is suffering from PTS.

Tom currently resides with his wife and two step-children in the Midwest. Tom's son, Thomas, is proudly serving in the US Army 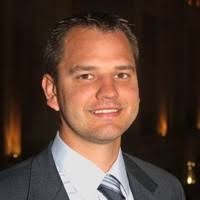 Phil Zielke was diagnosed with Stage 4B Hodgkin's Lymphoma in 2004.  Following his diagnosis Phil endured aggressive chemotherapy treatments at the University of Chicago Hospital. When he showed no more signs of cancer, he went on to begin his first year as a fourth grade teacher in the fall.

Going through the disease two times, there were moments that were blanketed by feelings of hopelessness. Using his illness and what he had learned through that journey, God equipped him to help others in similar situations.  It was on Phil's hospital bed that the vision of Phil's Friends was born.

In 2005, Phil was cancer-free and he resumed teaching, married Carrie and began living out the calling God placed on his life.  In June of 2009, Phil left teaching to devote his time fully to building the organization, Phil's Friends.

Today, Phil's Friends provides hope and support to hundreds and thousands of friends with cancer across the United States through care packages, Cards of Hope, hospital visits, and prayer.

Phil and Carrie reside in the suburbs of Chicago with sons, Graham and Hudson.