Author Trudy Cathy White, the daughter of Jeannette and S. Truett Cathy, founder of Chick-fil-A, Inc, is a guest on Dawn and Steve Mornings.  White will discuss her new book about her mother titled A Quiet Strength: The Life and Legacy of Jeannette M. Cathy.

Research champion, Dr. George Barna shares some staggering statistics that have to be discussed! The American Worldview Inventory 2020 recently revealed that 70% of Americans say that they are Christian and just 6% have a biblical worldview. Dr. Barna reveals more about this study during the last hour of Dawn and Steve Mornings.

Join Dawn and Steve Mornings and share some laughs as we play a game show to honor our mothers! Our own Mike Powers will host "Ode to Mother's Day"! 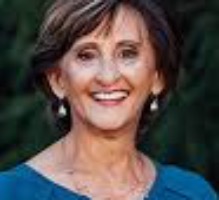 Trudy Cathy White is a native Georgian and the only daughter of Jeannette and S. Truett Cathy, the founder of Chick-fil-A, Inc. An ambassador for the family business, Trudy has held various roles within Chick-fil-A including that of restaurant operator at just 19 years old.

Trudy and her husband, John, served as missionaries in Brazil and co-founded Lifeshape and Impact 360 Institute. A developer and encourager at heart, White served as the Director of WinShape Camps for Girls from 2003-2017. She is a speaker, author, dedicated wife, mother of four, and grandmother of fifteen.

George Barna has filled executive roles in politics, marketing, advertising, media development, research and ministry. He founded the Barna Research Group in 1984 (now The Barna Group). He currently serves as the Executive Director of the American Culture and Faith Institute (a division of United in Purpose), and is President of Metaformation, a faith development organization. Barna has written more than 50 books, mostly addressing cultural trends, leadership, spiritual development, and church dynamics. They include New York Times bestsellers and several award-winning books. After attending high school and college together, George and his wife Nancy married in 1978. They have three adopted daughters and one grandchild, live on the central California coast, and attend Mission Church in Ventura.