Hour 1: Hope for the Exhausted

The year 2020 has been a tiring year. Join Dawn and Steve Mornings and be encouraged as they explore an article by Clarissa Moll titled "A Word of Hope for the Exhausted."

Vocalist, Tiffany Coburn, is a special guest on Dawn and Steve Mornings! Learn more about her live concert in Murfreesboro, TN!

Musician, Jordan Feliz, talk with Dawn and Steve about his new album, Say It, and his #1 single, "Glorify." 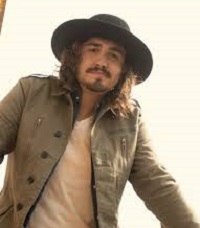 Jordan Feliz has rapidly become one of Christian music's major artists since the release of his first EP, Beloved, for Centricity Music in 2015. The success of his first single," The River," led to his first Dove Award, with Feliz winning New Artist of the Year in 2016, along with receiving nominations for Song of the Year and Pop/Contemporary Song of the Year for "The River." The single became a No. 1 hit on several Billboard charts for multiple weeks. Feliz's full-length album, The River, debuted at No. 4 on Billboard's Christian Albums chart in 2016. The album's two singles, "Beloved" and "Never Too Far Gone," both achieved Top-10 Status on Billboard's Christian Airplay Chart. His current single "Witness" is a Top-10 hit and climbing. Listed by Nashville Lifestyles Magazine as "One To Watch", Feliz has toured with such major artists as Michael W. Smith, for KING & COUNTRY, Steven Curtis Chapman, TobyMac, and Matthew West. 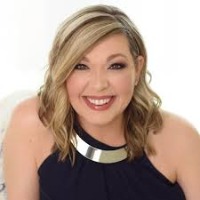 Tiffany Coburn's unmistakable voice has brought inspiration and happiness to friends and families for decades. She has a heart and relentless passion for ministry. The stellar gift Tiffany Coburn brings to the world through her music is remarkable.

Whether you hear her singing with Disney’s “Voices of Liberty”, “Voctave” or performing at churches and concert halls across the country, your heart will be moved by her sweet spirit and powerful voice.

While Tiffany enjoys every opportunity to perform as a featured soloist at Carnegie Hall, the Lincoln Center, for the Boston Pops, and for orchestras across the country; it is the opportunities to share her heart through music with the church that are the most special.