What decides the true quality of our worship? Is it the church, the music, eloquent teaching or does it begin somewhere else? Begin the morning with a devotional based on scripture from the Book of Malachi.

He will sit as a refiner and a purifier of silver; He will purify the sons of Levi, And purge them as gold and silver, That they may offer to the LORD An offering in righteousness. Malachi 3:3

Join the second hour of Dawn and Steve Mornings to learn about some animals that have recently made the news!

Powerhouse vocalist, Jason Biddle, is in-studio today to share what Christ has done in his life! His story and music will encourage you! 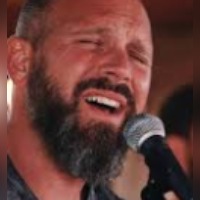 Jason Biddle is in the construction industry residing outside of Minneapolis, Minnesota. After years of drinking, drug addiction, infidelity and treatment programs, he hit rock bottom and nearly died of an overdose. In October 2017, Jason was placed in a Christian Addiction Ministry called Redemption House where he learned that the missing link was God and a relationship with Jesus Christ.

In November 2019, Jason's first album titled Redemption House was released. On August 28, 2020 he released his new single "Come On In."

Jason and his wife, Britney, have full restoration in their marriage and speak and share their testimony with other addicts.