Are we willing to allow God's will and timing in our lives? Dawn and Steve begin today's show with a devotional based on scripture from the book of Isaiah.

Go and tell Hezekiah, "Thus says the LORD, the God of David your father: 'I have heard your prayer, I have seen your tears; I will add to your days fifteen years.'" Isaiah 38:5

Author and speaker, Callie Law Daruk,  joins Dawn and Steve Mornings for a powerful discussion on the importance and urgency of fulfilling our calling!

Musician, Jaime Jamgochian, is in-studio this morning! She will join Dawn and Steve Mornings to discuss her new project and God's promise to work ALL THINGS for good. 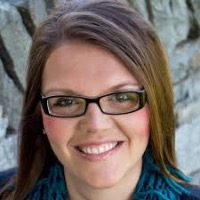 Callie Daruk is an award-winning author and speaker who encourages others to seek Christ with their whole heart. Her new book, What Does God Want You to do Before You Die, releases October 6, 2020, with CrossLink Publishing. Callie serves as the Chapter President of Word Weavers Int., Robertson County. Her writing has appeared in Guideposts, The Upper Room, Focus on the Family, Kids Clubhouse, Charisma, Just 18 Summers, and Nashville Christian Voice magazines. Rarely missing a sunrise just north of Nashville, TN, Callie is a grateful and smitten wife, a hands-on mother of three spirited boys, and a recovering pharisee. After a 32-year profession of Christianity, she was exposed for the hypocrite she was at the premature birth of her twin sons. After nearly a year-long stay in the NICU with one of her twins, her rose-colored glasses shattered. She is dedicated to reaching out to the countless women and men who profess Christianity but as she did, draw near to God with their mouths only while their hearts are far from him. 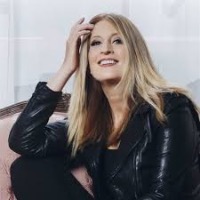 Jaime came to know the Lord at 21 while studying music at Berklee College of Music in Boston. God completely changed her life and it is her greatest desire to see people encounter Jesus in a real way.

From Boston Jaime ended up in Seattle where she was a worship leader for several years and began writing her own worship songs. It was during that time in Seattle that Jaime signed with Centricity Records and went on to record 3 albums with them. She then moved to Nashville, TN where she still calls home and continues to travel throughout the US and internationally leading people in worship, singing songs of hope and sharing a message of finding your value and purpose in Christ.