Hour 1: The Healthiest Communities in America

What makes life "valuable" to you? Does health play a role? Join Dawn and Steve Mornings as they look at healthy communities based on an article from Goodnews Network titled "The 10 Healthiest Communities For Well-Being in America (Colorado Nabbed 6 of the Top 10 Spots).

Author Jason Sautel is a special guest on today's show to share about his powerful book The Rescuer: One Firefighter's Story of Courage, Darkness and the Relentless Love That Saved Him! Don't miss this amazing testimony of God's ultimate GRACE. 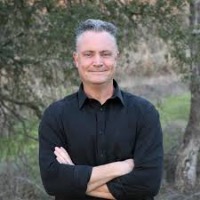 Jason Sautel spent much of his early adulthood as a firefighter in some of the busiest firehouses in the country and today shares Christ-centered stories and lessons from his time there to his 700,000+ Facebook followers. He loves his wife of sixteen years, Kristie, his four two-legged children, his two four-legged children, and appreciates God's gifts of donuts, surfing, and Maui.