On Wednesdays, we open our phones to you! Dr. Michael Rydelnik tackles the questions you have about the OId Testament, New Testament, your spiritual life, and Biblical/Jewish culture. It's all fair game! Call or text to 800-969-9467.

Visiting a hospital or home with a terminally ill patient can be uncomfortable.  We may say the wrong thing, fret about our physical response to thier decline, or even be anxious that we won't have a family member's answers.  But our fear should not keep us from serving those who need the gospel most.  A flock who faces immediate death needs vulnerable, compassionate service in the name of Christ. https://www.thegospelcoalition.org/article/7-ways-shepherd-terminally-ill/ 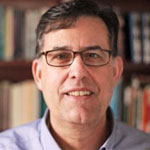 Pastor Phil A. Newton began South Woods Baptist Church in 1987. He served as a pastor of three other churches prior to moving to Memphis. Natives of Alabama, he and his wife Karen met in Mobile, and married in 1975. They enjoy discussing biblical issues, reading, cooking, traveling, and interacting with their family. They have five children and seven grandchildren. In addition to his pastoral responsibilities, Pastor Phil serves on the Executive Board of Founders Ministries, and enjoys training young men for the ministry and leading international mission trips. He has published articles in several journals and has authored multiple books.