If you’re still deciding on what your financial New Year’s resolutions will be for 2022, wouldn’t a list of helpful suggestions come in handy? On today's MoneyWise Live, host Rob West will talk with Joseph Slife about your list of top 10 financial moves for 2022. Then Rob will address some questions on various financial topics. 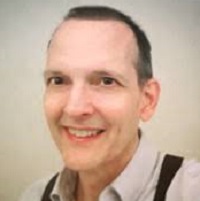 Joseph Slife has been a news writer for the Associated Press, a college instructor, and a radio host.

From 1990 to 2003, he was a writer/researcher for Larry Burkett at Christian Financial Concepts and Crown Financial Ministries, and he served as the executive producer for CFC/Crown Radio from 2000-2005.

He first joined SMI's writing team in 2008, before going on to serve nearly six years as senior producer/co-host for WORLD Radio. He returned to Sound Mind Investing in 2017.

Joseph and his wife Joye have three grown sons.