Remember all those June weddings? Well, the honeymoon’s over and nearly six months into marriage, couples are realizing the importance of combining their finances. On today's MoneyWise Live, Rob West will talk with our former co-host Steve Moore about some pitfalls to avoid and recommendations for newlyweds to consider. Then Rob will answer your calls and questions on various financial topics. 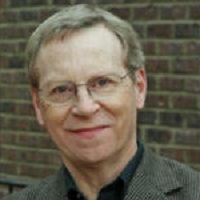 Steve was born and raised in Rochester, NY where he began his broadcasting career at WGMC-FM. After time in Syracuse, NY as an announcer, he then went to work for West Virginia Public Radio/NPR as a news reporter and Program Director.

In 1985 at the urging of Dr. James Dobson, he joined Larry Burkett to help establish a radio ministry at Christian Financial Concepts. After 23 years working with Larry, Steve joined Compass-Finances God’s Way in 2011 to help Howard Dayton begin his daily syndicated radio programs, MoneyWise and Hey Howard. Then, when Rob West became host of the MoneyWise programs, Steve served as Rob's co-host until he retired in 2021.

Steve is officially a Baby Boomer, defined as being born between 1946-64. His wife, Marcia, tells him he gets better looking each day, but he and his dog Sofi know better.

Rob West is the host of the nationally syndicated radio programs, MoneyWise, MoneyWise Live, and The MoneyWise Minute. Rob also serves as the CEO and spokesperson of Kingdom Advisors, an international community of financial professionals who are specialists in delivering biblically wise financial advice. Rob has dedicated his professional career to work at the intersection of faith and finance having led a successful faith-based financial services firm and speaking frequently on the topic. Rob and his wife, Julie, live in Marietta, GA with their four children.