Include Tithe in Emergency Savings?

Few topics generate more discussion among Christians than tithing. And one question we hear often is, “Should I tithe on my net or gross income?” But what about tithing when you have no income? On the next MoneyWise Live, hosts Rob West and Steve Moore weigh in on that question. We’ll explore whether you should include your tithe in your emergency savings on the next MoneyWise Live at 4pm Eastern/3pm Central on Moody Radio. 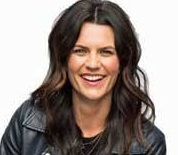 Cissie Graham Lynch is daughter of Franklin Graham and the granddaughter of Billy Graham. Cissie was raised in the familiar surroundings of two ministries her father now leads—the Billy Graham Evangelistic Association and Samaritan’s Purse. Since 2010, Cissie has worked as part of the two organizations in various capacities, currently serving as a communications advisor and ministry spokesperson. She has traveled the world advocating for initiatives that reach women, children, and millennials. Her mission is to stand boldly for the Gospel in an ever-compromising world and encourage others to stand on only the Truth―the same Spirit-filled Truth that she has found in her relationship with Jesus Christ.