State of the Plate Update

As the COVID crisis drags on, most churches are still seeing a marked drop in attendance and some have yet to re-open their doors. So, what impact has that had on giving? On the next MoneyWise Live, hosts Rob West and Steve Moore welcome Brian Kluth of the National Association of Evangelicals to answer that question for us. It’s a state of the plate update on the next MoneyWise Live at 4pm Eastern/3pm Central on Moody Radio. 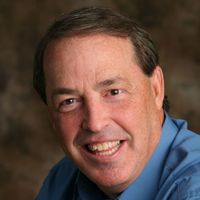 Pastor Brian Kluth is a Christian speaker and writer on generosity, God's provisions, and legacy living. Brian is the National Spokesman for  BlessYourPastor.org programs to improve the financial health of pastors and generosity in churches. In 2009, he was called and commissioned by his church to become a Generosity Minister-at-Large to the world. His wife Sandi passed away after an 8-year cancer journey. He remarried a Christian woman whose spouse also had passed away. They make their home in Denver and have four young adult children.