Many issues that we face in our relationships manifest themselves in our finances. A common pitfall regarding boundaries in relationships is giving money out of guilt or fear to loved ones. On the next MoneyWise Live, hosts Rob West and Steve Moore welcome author Dr. Henry Cloud who helps us set healthy boundaries with our finances. Join us live from Orlando on MoneyWise Live at 4pm Eastern/3pm Central on Moody Radio. 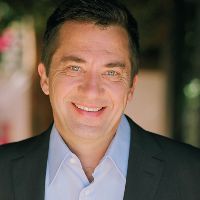 Dr. Cloud is a New York Times and Wall Street Journal bestselling author, and his books have sold nearly 20 million copies. His leadership book, Integrity, was dubbed by the New York Times as "the best book in the bunch." In 2011, Necessary Endings was called "the most important book you read all year." His book "Boundaries For Leaders" was named by CEO Reads in the top five leadership books of its year. Dr. Cloud's work has been featured and reviewed by the New York Times, Wall Street Journal, Boston Globe, Publisher's Weekly, Los Angeles Times, and many other publications. Success Magazine named Dr. Cloud in the top 25 most influential leaders in personal growth and development, alongside Oprah, Brene Brown, Seth Godin and others. He is a frequent contributor to CNN, Fox News Channel, and other national media outlets.

Steve Moore enjoyed a brief career in the music industry before trading in his drum sticks for a microphone. He worked in commercial and public radio, then joined Larry Burkett at Christian Financial Concepts, helping to grow the radio network to more than 1,200 stations. He started MoneyWise with Howard Dayton in 2011. Steve and his wife, Marcia, live in Gainesville, GA and have two grown children.