Today on Karl and Crew Mornings, the team talks about what it means to have true friends. When Jesus made his triumphal entry into Jerusalem, he was met by crowds shouting "Hosanna" and laying palm branches onto the road. These people who shouted his praise were calling for him to be crucified less than a week later. These people who turned so fast on Jesus were not his friends, they were only his fans. They wanted what Jesus could do, but they didn't want him to be their personal rededemer. If Jesus worked on pleasing all of these people, he never would've gotten to do what God wanted for him. Are you in that same situation? Don't focus on pleasing people all your life; it may hold you back from doing what God has for you. 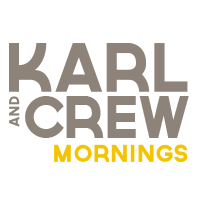