Throughout China's rapidly growing cities, a new wave of unregistered house churches is growing. They are developing rich theological perspectives that are both uniquely Chinese and rooted in the historic doctrines of the faith. To understand how they have endured despite government pressure and cultural marginalization, we must understand both their history and their theology. Join us as we discover the writings of those who live under Communist oppression and yet still live by faith. Learn what it means to be faithfully disobedient.

Hour 2: Fighting for Life – and Faith

Join us for a full hour of news and views. We start by looking at some of the news stories making headlines and then move to a conversation analyzing a new report that alleged that abortions have actually increased post the overturning of Roe. But is that really true? We finish the hour with some encouraging stories on how the Gospel is being received in the Middle East. Join us to learn how to think critically and biblically! 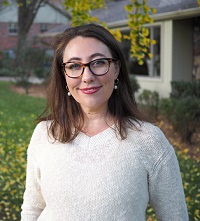 Hannah Nation is the managing director of the Center for House Church Theology. A writer and student of missions history and World Christianity, she is inspired by this historical moment and the privilege of witnessing a new chapter in church history unfold across China. 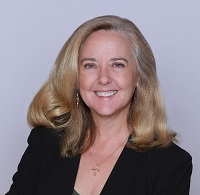 Dr. Ingrid Skop is a board-certified OB/GYN who has practiced in Texas for more than 25 years, serving patients in private practice and also through community-based organizations, including pro-life pregnancy centers. Since joining Lozier Institute, she has continued to work regular OB shifts at a local hospital. Over the past year, she has completed a major state-by-state analysis of pro-life state laws, looking specifically at whether or not the laws include medically-appropriate exceptions for ectopic pregnancy, miscarriage treatment, and the rare but tragic situations when the life of the mother is threatened (her analysis: all current state pro-life laws protect mothers). She is particularly focused on using science and facts to push back on abortion industry misinformation regarding standard obstetrical medical treatment and has pointed out that the abortion industry and politically-biased medical associations are intentionally sowing confusion by not issuing routine guidance to physicians regarding pro-life state laws.

Tom Doyle fell in love with the Middle East on his first Biblical tour of the Holy Land. In 1995, he became an official tour guide for the state of Israel and developed a passion for ministering to the Israeli people, Arabs and Jews alike. Tom felt called into full-time ministry there in 2001. Tom and his wife JoAnn began working in the heart of the Islamic world shortly after the terrorist attacks of September 11. His ministry to pastors in this region has opened many valuable doors for him to build key relationships in places like Egypt, Iran, Iraq, Jordan, Syria and Palestinian territories of Israel. In 2001, Tom became the Middle East Director for e3 Partners and then in 2017 launched a new ministry called Uncharted. Tom is a master storyteller with several books highlighting God’s miraculous work among the Muslim people. His best known books include Dreams and Visions (2012), Killing Christians (2015), and Standing in the Fire (2017).