Best of In The Market with Janet Parshall: Every Believer’s Thought Life

Jesus made it clear that while sexual integrity is expressed through the body, it’s rooted in the mind. But aligning our thoughts with God’s thoughts isn’t always easy. Illicit sexual thoughts don’t need to have free rein in your mind. The Bible provides an arsenal of weapons to win the battle. Jesus invites you to live with full sexual integrity—in your behavior, heart, and mind. Instead of succumbing to the despair and darkness of sin, you can take every thought captive and replace it with thoughts that align with God’s truth, allowing Him to bring about His best for your life. Join us to learn how to "reframe your brain" for optimum sexual integrity. Discover why logic and willpower are not enough to win this battle. There’s a better strategy for real victory. 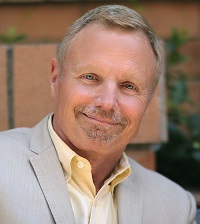 Dr. Stephen Arterburn is the founder and chairman of New Life Ministries and host of the number one nationally syndicated Christian counseling talk show, New Life Live!, which is heard and watched by more than two million people on nearly two hundred radio stations each week. He is also the host of New Life TV, a web-based video channel dedicated to transforming lives through God’s truth; the founder of the Women of Faith conferences, attended by more than five million people; and a bestselling author. With more than eight million books in print, he has been writing about God’s transformational truth since 1984. Stephen is also an inductee to the National Speakers Association Hall of Fame and a best-selling author of books such as Every Man’s Battle, Healing Is a Choice, Toxic Faith, Walking Into Walls, and his latest books, the Arterburn Wellness Series, and more. Along with Dr. David Stoop, he edited and produced the award-winning Life Recovery Bible, which is on exhibit at The Museum of the Bible in Washington, DC.