The 2020s are likely to be among the worst times to be nearing retirement or in the early years of retirement. The middle of the Baby Boomer generation will increase the pressure on every aspect of retirement. The early boomers began reaching 65 in 2011. Since then about 10,000 Boomers per day have been hitting 65. But the middle section of the Boomers is larger than the early Boomers. Beginning in 2024, an estimated 12,000 Baby Boomers will turn 65 each day.
For a long time, many retirees left a lot of money on the table by making less-than-optimum decisions about Social Security, Medicare, IRAs, 401(k) rollovers, long-term care, and other key retirement issues. For example, a recent study done for United Income concluded that only four percent of Social Security beneficiaries made the optimum decision about when to claim retirement benefits. Join us as we cover some of the key retirement planning issues faced in the five years before retirement and the first five years of retirement.

Hour 2: Put On The Armor of God

Spiritual warfare is both a fascinating and misunderstood topic. Too often we let Hollywood do the theology for us. Let’s get the facts right by learning what the Bible says about this fierce and yet unseen war. Come with your questions as our Bible instructor, who specializes in teaching on this topic, takes all of your tough questions on spiritual warfare. Call in early – the lines light up as we tackle this issue. 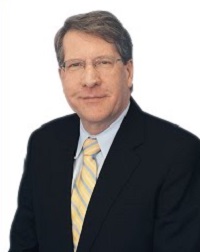 Dr. Karl Payne received his Masters of Divinity (1980) and Doctorate of Ministry (1996) from Western Seminary, Portland. For over 40 years, Payne has trained people through his discipleship and apologetic materials. He serves as the Pastor of Leadership Development at Antioch Bible Church, is the Founder of the Transferable Cross Training Foundation, and served as the chaplain for the Seattle Seahawks from 1994-2015.