The war against sexual immorality—which begins in our minds and hearts—cannot be won by trying harder to modify our behavior. This will always leave us feeling defeated and discouraged. But we can win victory by knowing our identity in Christ. We gain clarity and power through the Holy Spirit to overcome sexual temptation as we truly grasp the gospel—what God has done for us and in us. And it’s necessary to have the gospel regularly preached to us and to regularly preach the gospel to ourselves in order to experience consistent victory. Today our guest will show that the Gospel, not practical steps or more self-discipline, is God’s provision for the power to live a life of sexual purity. With a shepherding heart and theological acumen, our guest will answer essential questions for all who desire to honor God with their minds, hearts, and bodies.

Join us for an hour of stimulating conversation. We look at some of the stories making news and then turn our sights on China’s barbaric population control program. What is the “Save A Girl campaign”? Hear some encouraging stories from someone who fights globally to save the lives of baby girls. We round out the hour looking at the stars. What does the James Webb Space Telescope tell us about how the universe began? Hear from a brilliant intellectual who received his Ph.D. in the Science of Philosophy from Cambridge. Get ready to think critically and biblically! 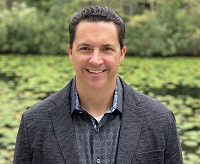 John Fonville serves as the Rector (Pastor in charge of a self-supporting parish) and is the Founder and Church Planter of Paramount Church in Jacksonville, FL. He is an ordained presbyter in the Anglican Church in North America (ACNA) and serves in the Gulf Atlantic Diocese (GAD). John is from Charlotte, North Carolina. He graduated from Gardner-Webb University (B.A.) and then earned his Master of Divinity at The Master's Seminary, and later earned his Doctor of Ministry at Ligonier Academy. John can be heard daily on his radio program, Him We Proclaim, as well as the Him We Proclaim Podcast. 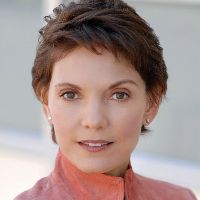 Reggie Littlejohn is Founder and President of Women’s Rights Without Frontiers, an international coalition to expose and oppose forced abortion, gendercide and sexual slavery in China. She also led the international effort to free blind activist Chen Guangcheng, who arrived in the United States on May 19, 2012. An acclaimed international expert on China’s One Child Policy, she has testified multiple times at the United States Congress, twice at the European Parliament, and at the British and Irish Parliaments as well. She also has spoken at the Harvard Law School and has met with officials at the United States Congress, United States Department of State and the Vatican, concerning the One Child Policy. A graduate of Yale Law School, she has represented Chinese refugees in their political asylum cases. 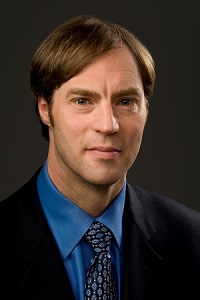