In the space of a few weeks in early 2020, Americans witnessed the imposition of previously unimagined social controls by the biomedical security state—the unelected technocrats who suddenly enjoyed nearly absolute power to incarcerate, isolate, and medicate the entire population. Today our guest reveals

· the people and organizations that form the biomedical security state

· why it is a threat to science, public health, and individual freedom

· what can be done to confront and defeat this new Leviathan

Join us as we talk with one of the most respected columnists in Washington, D.C. He covers national security and defense and has a keen ear on where our greatest threats lie. We will discuss China’s mounting nuclear weapons pile, the draconian attempts to threaten the citizens of China during COVID, and a terrible case of political correctness at the Pentagon. Get the inside story from someone who knows! 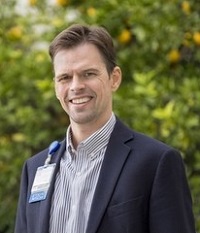 Aaron Kheriaty, MD, is a psychiatrist and author of three books, including most recently, The New Abnormal: The Rise of the Biomedical Security State (2022). He is a Fellow and Director of the Program in Bioethics and American Democracy at the Ethics and Public Policy Center. Dr. Kheriaty also serves as Senior Fellow and Director of the Health and Human Flourishing Program at the Zephyr Institute, and consults as Chief of Psychiatry & Ethics at Doc1 Health and Chief of Medical Ethics at The Unity Project. Dr. Kheriaty holds the positions of Scholar at the Paul Ramsey Institute, Senior Scholar at the Brownstone Institute, Fellow at the National Catholic Bioethics Center, and serves on the advisory board at the Simone Weil Center for Political Philosophy. Dr. Kheriaty has authored books and articles for professional and lay audiences on bioethics, public health, political theory, social science, psychiatry, philosophy, religion, and culture. His work has been published in the Wall Street Journal, the Washington Post, Newsweek and other respected publications.