One of the greatest expressions of worship and adoration was written by George Handel. He called his oratorio Messiah. During the Christmas season, we often hear it sung or played but many listeners do not realize that the entire text of this musical masterpiece is drawn from Scripture - and it includes many of the Old Testament passages that shaped Israel's hope for their Redeemer. Join us to learn how to enhance your enjoyment by playing a recording of significant sections of the Messiah as part of your Bible study.

Hour 2: A Case For Christmas

Who was in the manger that first Christmas morning? Some say he would become a great moral leader. Others, a social critic. Still, others view Jesus as a profound philosopher, a rabbi, a feminist, a prophet, and more. Many are convinced he was the divine Son of God. Who was he really? And how can you know for sure? Consulting experts on the Bible, archaeology, and messianic prophecy, our guest, an award-winning legal journalist, searched out the true identity of the child in the manger. If Jesus really was God in the flesh, then there ought to be credible evidence, including:

Eyewitness Evidence - Can the biographies of Jesus be trusted? Scientific Evidence - What does archaeology reveal? 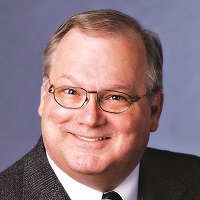 Douglas Connelly (MDiv and MTh, Grace Theological Seminary) is currently serving as interim pastor at Davison Missionary Church near Flint, Michigan, after twelve years as senior pastor at Parkside Community Church in Sterling Heights, Michigan. A writer and speaker, he has written seventeen LifeGuide Bible Studies as well as several books, including The Bible for Blockheads and Angels Around Us.