Hour 1: The Promise of the New Earth

This hour we learn very specific ways to pray for those who serve in the entertainment industry – the largest group of influencers in the world. What are ways in which we can lift up those who see Hollywood as a mission field? We will also turn our focus on the Persecuted Church and once again hear a report on what is happening to our brothers and sisters in specific countries. 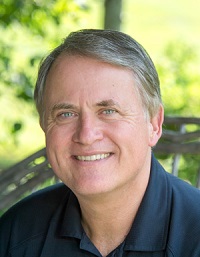 Randy Alcorn is the founder and director of Eternal Perspective Ministries (EPM), a nonprofit organization dedicated to teaching biblical truth and drawing attention to the needy and how to help them. EPM exists to meet the needs of the unreached, unfed, unborn, uneducated, unreconciled and unsupported people around the world. A New York Times bestselling author, Randy has written over sixty books, including Courageous, Heaven, The Treasure Principle, and the Gold Medallion winner Safely Home. His books have been translated into over 70 languages and have sold over 12 million copies. Before starting EPM in 1990, Alcorn co-pastored for fourteen years Good Shepherd Community Church outside Gresham, Oregon. He has ministered in many countries, including China, and is a popular teacher and conference speaker.* Randy has taught on the part-time faculties of Western Seminary and Multnomah University, both in Portland, Oregon.