Trauma can either be used as a catalyst for growth, sparking empathy and a closer relationship with God, or as fuel for shame, avoidance, and isolation. Many veterans and first responders know firsthand the toll that trauma can take but lack the knowledge of how to grow from it and move forward. Our guest will share her unique perspective as both a trauma survivor and a professional psychiatrist to help veterans and first responders, as well as other trauma victims, learn how to grow and heal from their traumatic experiences so that they can experience the abundant life God has for them.

Tucked in the Old Testament book of Isaiah is a warning meant for ancient Judah, but it might as well have been written for twenty-first century America: "Woe to those who call evil good and good evil, who put darkness for light and light for darkness" (Isaiah 5:20). Abortion and critical race theory are twin evils born of the same diabolical monster: racism. And yet, there are many in the church who want to call them good, even as America begins to unravel under their influence. Our guest will join us to dispel the myths surrounding abortion and critical race theory and uncovers the Left's sinister plot to destroy the Black community and divide the church. Along the way, he brings to light important gospel truths to help all believers learn to think biblically about some of the most important and explosive issues of our day. 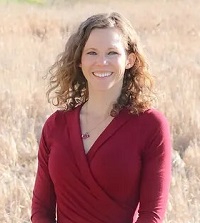 Dr. Elizabeth Stevens is a retired United States Air Force major, board-certified psychiatrist, and trauma survivor. She served in the Air Force for ten years, reaching the rank of major before retiring due to a traumatic brain injury and subsequent post-traumatic stress disorder. After experiencing healing from her own trauma and sifting through the various treatment modalities available, she developed a nonprofit called Advancing Warriors International and created several programs to help veterans, military members, and emergency responders heal from the traumas they have experienced. 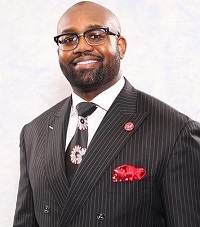 John Amanchukwu is a passionate minister, father, speaker, and leader within many circles of influence. He has been a youth and college pastor for 15 years. He is a graduate of North Carolina State University where he played college football during his time there. He went on to get his Master's Degree from Liberty University in Christian Ministry.