Hour 1: Why We Still Believe

The West has become permeated with a culture that doesn't 'do' God. Many people assert that we have progressed, while Christians are still clinging to outdated ideas. Our guest today will take a look at the contemporary attacks on Christianity and marriage, showing why we can and must' continue in the faith' (Col.1:23).

How did we get our Bible? How can we trust its contents? Our guest will join us today to answer common questions about the writing, copying, canonizing, and translating of the Bible and give us the tools to interpret the evidence about God’s word. Join us to learn how to better contend for the faith! 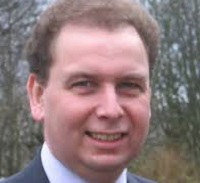 Dr. Gordon Macdonald is the CEO of Care Not Killing of Scottland. He took over the role in April of 2019. He previously worked as Scottish Parliamentary Officer for the Christian public affairs charity CARE. He has a PhD in Political Economy and a MTh in Christian Ethics. He has an interest in political theology and conducted research on the Christian understanding of marriage within the civil law. Previously Gordon served as CARE's (Christian Action Research and Education) Senior Policy Officer, where he has led on campaigns including tackling human trafficking. In a richly varied professional career, he has also worked for Unicef, the UN's Children's Emergency Fund; and lectured on economics at Coventry University. 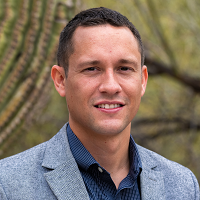 Peter Gurry is the Associate Professor of New Testament at Phoenix Seminary & Director of the Seminary’s Text & Canon Institute. He joined the faculty in 2017 and teaches courses in Greek Language and New Testament literature. His research interests range across the history and formation of the Bible, Greek grammar, and the history of New Testament scholarship. He has presented his work at the Society of Biblical Literature, the Evangelical Theological Society, and the British New Testament Conference. He has severed as the Religious Studies Review sub-editor for text and canon. He is the co-author of A Critical Examination of the Coherence-Based Genealogical Method in New Testament Textual Criticism and Myths and Mistakes in New Testament Textual Criticism. Gurry got his PhD at the University of Cambridge, his ThM from Dallas Theological Seminary and his BA from Moody Bible Institute.