We are all news this hour, starting with some stories making headlines. Then, we tell you the sad case of a Michigan physician who was fired after asking for religious accommodations regarding her belief on gender. We round out the hour by getting an update on the Persecuted Church and tell you how to prepare for the International Day of Prayer for the Persecuted Church. Get ready to lengthen your prayer list.

We open the phones this hour to answer your questions on the subject of abuse. We will expose the problems of Christian codependency in an abusive marriage and examine the lies that abused parties tells themselves to avoid making the difficult decision to leave. The lines will light up so get your questions in early. 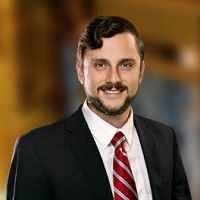 Jordan Pratt is senior counsel at First Liberty Institute and works in its Washington, DC office. Before joining FLI, Jordan served in various roles in state and federal government: as senior counsel in the U.S. Department of Justice, deputy general counsel in the U.S. Small Business Administration, and deputy solicitor general in the Florida Office of the Attorney General. At the Department of Justice, Jordan advised the White House on judicial nominations and worked to secure the confirmation of numerous federal judges. As a Florida deputy solicitor general, he defended Florida’s most important policies at every level of the state and federal court systems, with successful arguments before the U.S. Court of Appeals for the Eleventh Circuit, the Florida Supreme Court, and Florida’s First District Court of Appeal. 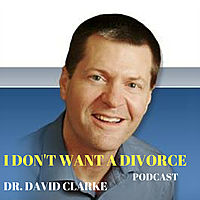 David E. Clark, PH.D., is a Christian psychologist, popular speaker, and successful author. Through his Bible-based teaching and therapy, he guides people toward healthy lives, marriages, and families. Since 1986, Dr. Clarke has been in full-time private practice in Tampa, Florida, where he has worked extensively with individuals, couples, and families in crisis. Through his entertaining and practical seminars, he presents God's truth in the areas of emotional well-being, relationship building, and development of parenting skills. He is the author of fifteen books, including I Don't Want a Divorce, My Spouse Wants Out, and I Don't Love You Anymore. He is a graduate of Dallas Theological Seminary and Western Conservative Baptist Seminary.