Do Jews need Jesus? It's an age-old debate with eternal ramifications. If Jesus is not the Jewish Messiah, if He is not the savior of the world, if He is not the promised redeemer God sent to restore Israel and redeem the nations (Isaiah 49:6), then bringing His message to the Jewish people is a grave threat to their security. Join us as our guest teaches us that believing in Jesus isn't apostasy; it's obedience, and it leads to eternal blessing.

Hour 2: He Holds My Hand

When our guest’s son was sentenced to life in prison without parole, she was consumed with grief, sadness, and despair. She was distraught wondering why God permitted this to happen. She had prayed for her son since he was a small child. He had been raised with biblical principles and daily prayer. As she tried to make sense of everything, she couldn’t help asking, Where’s God when it hurts so much? Join us as we discover that the best way to “listen” to His voice is to meditate on Scripture and press into His unconditional love to gain renewed hope and fresh faith. 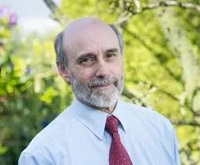 Avi Snyder is a veteran missionary and director of the European work of Jews for Jesus. The ministry is reaching Jewish people for their Messiah in 14 countries and 26 cities. He pioneered Jews for Jesus’ ministry in the former Soviet Union, before launching works in both Germany and Hungary. Avi received his theological training at Fuller Theological Seminary. He was raised in a conservative Jewish home in New York City and came to a saving faith in Jesus in 1977 with the help of a Jews for Jesus tract and the forthright witness of Christian friends. He graduated from Fuller Theological Seminary, the School of World Mission, with a Masters degree in missiology. Avi has served with Jews for Jesus since 1978. 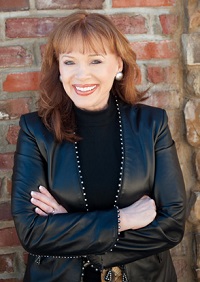 Carol Kent is the founder and director of the Speak Up Conference, a ministry that equips speakers and writers to take the next step. With her husband Gene, she founded the nonprofit organization, Speak Up for Hope, which benefits inmates and their families. Carol is also the president of Speak Up Speaker Services, a Christian speakers’ bureau. She is a popular international public speaker best known for being dynamic, humorous, encouraging, and biblical. She is a former radio show co-host and has often been a guest on Focus on the Family. Carol holds a master’s degree in communication arts and a bachelor’s degree in speech education. Some of her 20+ books include: He Holds My Hand, Becoming a Woman of Influence, and A New Kind of Normal.