This week on In The Market with Janet Parshall we updated you on some very important issues in the news including a 5th Circuit victory protecting Christian doctors from performing trans surgeries and the uncertain future of Title IX.  Our guests, a life-long servant of Christ to the Mormons laid out the differences between Christianity and Mormonism and how to bridge those differences with the gospel.  We told you about efforts to draft women into the military and explained the new trigger laws going into effect around the country to protect women and their unborn babies. How do you discuss those difficult topics with your kids? Our guest showed us how raise faith-grounded kids while not shying away from challenging topics of our times. Janet and Craig invite you to share your thoughts as they examine the news of the week under the spotlight of scripture.

Do you know when or how to leave an abusive marriage? On In The Market with Janet Parshall this week, Our guest answered your questions about the lies that keep people tied to their abuser. We had the privilege of hearing from one of the most respected bible teachers of our generation as he took us to God’s word to help us under how to understand and walk faithfully through the ups and downs of suffering. A former paratrooper shared his story of his life on the battlefields of Fallujah to the battle for his soul.  Is the popularity of digital religious services causing us to disregard God’s command to gather together? We discussed that very timely issue along with the reckless attitudes creeping into the reproductive science and the danger it poses. It’s time to dig deeper into the news of the week. 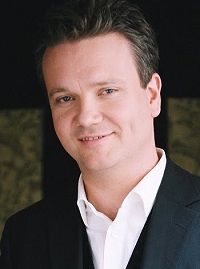