Hour 1: No Reason To Hide

In a culture with an ever-narrowing definition of tolerance, Christians can no longer stay silent about the divide between the Bible’s truth and the world’s lies. Our guest will join us today to examine the toxic roots behind the alarming symptoms of a nation in spiritual freefall—and why your faith must empower you to engage rather than hide. Learn to identify how you can respond to the battleground issues of today including: Identity-driven social justice ideologies that seek to divide rather than unite; Cultural attacks on the definitions of sex and gender that turn language into a war; Progressive pushes within the church that ultimately desecrate the Bible’s teachings. Today’s conversation will serve as a reminder that will ready Christians everywhere to have the courage to proclaim Scripture’s truth to a culture in desperate need of what only God can offer.

Join us to discover how world leaders are using the "Great Reset" agenda to set the stage for end-time events---and how believers can stem the tide! Our guest will reveal how those in power use pandemics, catastrophes, civil disorder, political unrest, and other current events to reshape life---all pointing toward the godless global government of the antichrist. 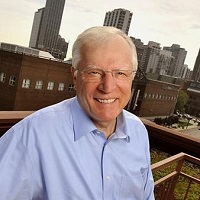 Dr. Erwin W. Lutzer is Pastor Emeritus of The Moody Church where he served as the Senior Pastor for 36 years. He earned a B.Th. from Winnipeg Bible College, a Th.M. from Dallas Theological Seminary, a M.A. in Philosophy from Loyola University, and an honorary LL.D. from the Simon Greenleaf School of Law. A clear expositor of the Bible, he is the featured speaker on three radio programs that are heard on more than 1,000 outlets in the United States and around the world: Running to Win—a daily Bible-teaching broadcast; Moody Church Hour—The Moody Church’s Sunday morning worship service; and Songs in the Night—an evening program that’s been airing since 1943. Dr. Lutzer is also an award-winning author of numerous books including: Rescuing the Gospel, He Will Be the Preacher, The Cross in the Shadow of the Crescent, One Minute After You Die, When a Nation Forgets God, and Christian Bookseller’s Gold Medallion Award winner, Hitler’s Cross. His speaking engagements include Bible conferences and seminars, both domestically and internationally, including: Russia, the Republic of Belarus, Germany, Scotland, Guatemala, and Japan. He also leads tours to Israel and the cities of the Protestant Reformation in Europe.