Today we hear from an Olympic runner who takes us from her first competition as a seven-year-old to the challenges and triumphs of becoming one of the most decorated female athletes in the world. Her story will inspire you to run your best race, knowing that God is by your side. No matter where you are on the track, her story will give you renewed strength to live the victorious life God created you for.

Join us to discover the unlikely friendship of an American slave and the English "Prince of Preachers"! Thomas Johnson and Charles Spurgeon lived worlds apart, but somehow forged a relationship based on their mutual longing for freedom and love for the mission of Christ. Join us to hear a compelling and previously untold chapter of Church history. 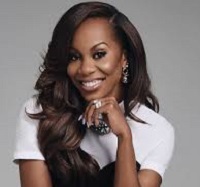 Sanya Richards-Ross is a Jamaican-American track and field athlete who competes internationally for the United States. She is the fastest American woman in history at 400 meters and the winner of multiple Olympic gold medals. Off the track, Sanya is an entrepreneur, TV personality, public speaker, and humanitarian. She designs and executes sports clinics across the United States to educate, empower, and teach youth with tools and strategies to excel both on and off the track. Sanya is married to two-time Super Bowl champion Aaron Ross and they live in Austin, TX. 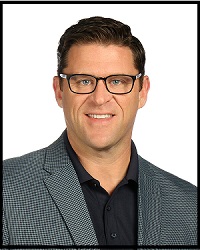 Matt Carter was called to Sagemont Church as Lead Pastor in May 2020. Prior to that, he served as the Pastor of Preaching and Vision at the Austin Stone Community Church in Austin, Texas, which grew from a core team of 15 to over 8,000 attending each Sunday since he planted it in 2002. Matt has co-authored multiple books including a commentary on the Gospel of John in The Christ Centered Exposition Commentary series. Matt also co-authored a novel of historical fiction, Steal Away Home which tells the real life story of famed pastor Charles Spurgeon's unlikely friendship with former slave-turned-missionary, Thomas Johnson. Matt holds an M.Div. from Southwestern Seminary and a Doctorate in Expositional Preaching from Southeastern Seminary.