Best of In The Market: The Apostate

Join us this hour to hear how our guest went on a journey to prove to himself Islam is the true religion. Hear the horror he feels as he faces the truth. Listen as he takes you to his greatest discovery, Jesus is love, and Jesus is the God he was searching for his entire life. Having now lived and ministered in America for years, he also has a message for America about the dangers to which we are headed based on his intimate knowledge of life in a dictatorial country (Egypt) and what he sees here. 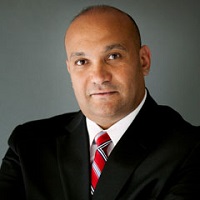 Dr. Mark Christian is the founder of Global Faith and Vice President of Arabs for Israel. Raised in Cairo, Egypt and trained as a physician who was destined to become a religious leader, always following in the footsteps of his father, himself a physician and an Imam. He was also a member of the Egyptian military, and as such was very connected with high level government leadership, an association that would allow him a unique insight into current world affairs. Eventually, after extensive Islamic theological and historical study, Mark would walk away from Islam, based on the inconsistencies he discovered. After nearly 10 years of “spiritual wandering”, Mark would come to discover the truth of Jesus Christ and commit his life to Him. If Mark’s experience and knowledge of Islam was confined to the religious, it would still be remarkable, but it’s his knowledge of the darker side, the radical Islamic political movement, that makes his perspective truly exceptional. Though not a member himself, Dr. Christian had many family members, friends and mentors who were deeply involved with the radical Islamic group, the Muslim Brotherhood. His experience with the Muslim Brotherhood revolved specifically around their “re-grouping” period, which, beginning in the 1970’s, gave him a direct view of their machinations and motivations. Dr. Christian understands the relationship between Islam as a religion and Islam as a political movement like no other…and what this relationship means for Americans. Dr. Christian delivers what is undoubtedly the most singularly unique perspective on Islam in America today. He brings relevance and authority to both the religious and political aspects of Islam and its global consequences. Dr. Christian speaks extensively regarding the Islamic agenda at work in America today. He warns that the Islamic ‘invasion’ isn't necessarily what is commonly reported in the press, but is actually far more.