“O say can you see by the dawn’s early light…” You may have sung the National Anthem a hundred times but do you know who penned those lyrics and why he wrote them? Our guest, an award winning author, will share the drama and suspense behind this song that has inspired generations of Americans!

War hero, Medal of Honor recipient, and subject of an Oscar-winning film, Sgt. Alvin York was the most famous soldier of his generation. But behind the honors and publicity was an uncompromising Christian patriot who suffered when his ideals were challenged by shifting views of faith, patriotism, and moral relativism. Untouched by German gunfire, York faced destruction from disease, disrespect, and the IRS. Join us to hear the whole story of this great American figure.

Jane Hampton Cook is an award-winning author of ten books, a national media commentator, columnist, a former White House communication staffer, and a presidential historian. Her passion is to inspire patriotism through her writings, historical scholarship and TV appearances. Inspired by her 9/11 evacuation from the White House, her feature film screenplay SAVING WASHINGTON placed third out of 1,000 entries in ScreenCraft’s 2018 drama screenwriting contest. SAVING WASHINGTON is adapted from her book, The Burning of the White House: James and Dolley Madison and the War of 1812. Her TV Drama series AMERICAN PHOENIX, about Louisa and John Quincy Adams, was a top ten finalist in ISA’s 2020 Genre Contest in the category of Biography and History. Jane received a bachelor’s degree from Baylor University, a master’s degree in higher education administration from Texas A&M University, and a research fellowship from the Organization of American Historians and White House Historical Association. 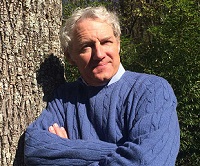 Born in rural Kentucky, John Perry grew up in Houston, TX. Following two years in the US Army infantry, he attended University College, Oxford, and graduated cum laude from Vanderbilt University. He was an advertising copywriter and broadcast producer before beginning his career as a writer. Perry is the author of nine books. John divides his time between books of his own and collaborations with a variety of writers and public figures. His biographies of Sergeant Alvin York and of Booker T. Washington and George Washington Carver were CBA Award finalists. His biography of Mary Custis (Mrs. Robert E.) Lee, Lady of Arlington, was nominated for the Lincoln Prize for books about the Civil War era.