The U.S. Supreme Court has returned abortion law to the democratic process – where it should have been all along. A fifty-year experiment with unlimited abortion has harmed everyone—even its most passionate proponents. Women, men, families, the law, politics, medicine, the media—and, of course, children (born and unborn)—have all been brutalized by the culture of death fostered by Roe v. Wade. Abortion hollows out marriage and the family. It undermines the rule of law and corrupts our political system. It turns healers into executioners and "women's health" into a euphemism for extermination. Our guest, a pro-life journalist, will expose the false promises of the abortion movement and explain why it has made everything worse.

Hour 2: A Nation At Risk

Join us as we spend the hour with one of the most respected journalists in Washington covering national security and defense. Listen as he dives deep into China’s advancement toward global hegemony. Find out why getting those DNA tests to discover your ancestry might not be a good idea. Discover what China’s agenda is toward Taiwan and learn why China is buying U.S. farmland. Don’t miss a minute of this crucial conversation. 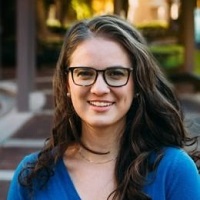 Alexandra DeSanctis is a Visiting Fellow at the EPPC (Ethics & Public Policy Center). DeSanctis writes on abortion policy and the pro-life movement, as well as on other key topics at the intersection of politics, culture, and religion. She is a staff writer at National Review and publishes regular reporting and commentary for both the National Review print magazine and National Review Online. She hosts the National Review podcast “For Life” and speaks on college campuses and for conservative events across the country. Prior to becoming a staff writer, Alexandra spent two years as a William F. Buckley Jr. Fellow in Political Journalism with the National Review Institute. She graduated in 2016 from the University of Notre Dame with a bachelor’s degree in political science and minors in constitutional studies and theology. Her work has been published in the New York Times, the Wall Street Journal, The Atlantic, the Washington Post, the Washington Examiner, America magazine, and the Human Life Review.