Hour 1: Truth In A Decaying World

Our mother-daughter team will take this hour and look at issues impacting our culture from a biblical perspective. Why should we care, as followers of Christ, who plays on women’s sports teams? What does the world look like post the Dobbs decision? Where are the next battle lines? We will answer these questions and more during this fact-filled, fast-paced hour of radio. Join us to become aware and equipped before you enter the Marketplace of Ideas.

Hour 2: Light In A Dark World

Join us this hour as we discuss a group of black leaders from various backgrounds who have joined forces to write a letter decrying the racist attacks against Justice Clarence Thomas. We will hear from one of the leaders who will explain why this behavior is evil and racist in its own way. Then, a survey was conducted asking the question: Who do women trust more regarding adoption and abortion? The answers may surprise you. Don’t miss this thought-provoking hour of radio! 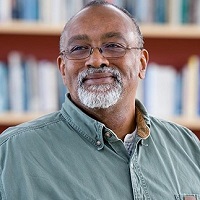 Glenn C. Loury is a Professor of Economics at Brown University. He joined Brown University in 2005. He is an academic economist who has made scholarly contributions to the fields of welfare economics, income distribution, game theory, industrial organization, and natural resource economics. He is also a prominent social critic and public intellectual, having published over 200 articles in journals of public affairs in the U.S. and abroad on the issues of racial inequality and social policy. Loury is a Fellow of the Econometric Society, a Fellow of the American Academy of Arts and Sciences, and a past Vice President of the American Economics Association. He is a member of the Council on Foreign Relations and was for many years a contributing editor at The New Republic magazine. Among the issues Loury studies are racial affirmative action; dysfunctional social identity; status transmission across generations; and cognitive theories of racial stigma. He also writes popular essays on social and political themes as a public intellectual. 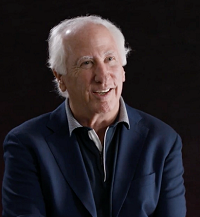 John Knox is a lifetime entrepreneur. He spent 4 decades building and selling highly successful surety bond companies. He has been called to use his time and resources to support the world of adoption.