Hour 1: Saving The World – One Person At A Time

Join us for a full hour of news and information. We start with the headlines of the day and then move to how homelessness and mental health issues are interconnected. Learn the role the Church can play in ending the plight of those living on the streets. Then we discuss the Supreme Court decision impacting the EPA and the war on fossil fuels. Is the sky really falling? Is clean coal a bad idea? We tackle these questions and more.

Whether you believe it or not, there is a ferocious war going on all around us – we just can’t see it but we certainly do feel it. How do we identify spiritual attacks? Are we powerless? Is real victory possible? How do we know when we are victorious? Come with your questions as we open the phone lines and take all any question on spiritual warfare. Get ready for a wonderful hour of conversation. 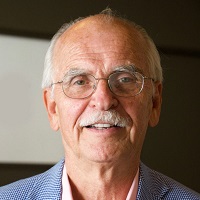 Bruce Chapman is the co-founder and chairman of the board of the Discovery Institute, a public policy think tank he founded in Seattle in 1990/91. He also is a fellow in the institute’s Chapman Center on Citizen Leadership. In 2018, Mr. Chapman’s latest book appeared, entitled, Politicians: The Worst Kind of People to Run the Government, Except for All the Others. It critiques the growing power of “middlemen” in politics — bureaucracy, media, academics and special interests — and the loss of responsibility by the people’s elected representatives. Mr. Chapman was an elected member of the Seattle City Council (1971-75), innovating on historic preservation and championing parks development.  As Secretary of State of the State of Washington (1975-81) he headed the state’s Bicentennial committee, promoted the teaching of civics and wrote a statistical report comparing the 50 states. He was an unsuccessful candidate for Governor in the Republican primary of 1980. Appointed by President Reagan as Director of the U.S. Census Bureau (1981-83), he later served on the White House Staff as Deputy Assistant to the President (1983-85), where, among other things, he promoted family policy initiatives. In 1985 he was nominated and confirmed as U. S. Ambassador to the United Nations Organizations in Vienna, where he served until 1988. He was a Hudson Institute fellow in 1989/90 in Indianapolis, before founding Discovery Institute in Seattle. 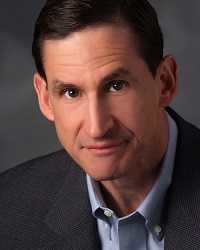 Steve Goreham is Executive Director of the Climate Science Coalition of America and author of three books on energy, climate change, and sustainable development, with over 100,000 copies in print.  His latest book is Outside the Green Box: Rethinking Sustainable Development. Steve’s full-time efforts are devoted to correcting misconceptions about energy, resources, climate change, and the environment, including resultant negative impacts on business, industry, agriculture, and public policy. He wrote this book to bring the facts about sustainable development to business and to change commonly-held, but mistaken, beliefs about the environment.