Hour 1: Christianity Is A Crutch

Some have said that Christianity is a useful tool, like a crutch, but has no real meaning in life. Are they right? Is religion - Christianity in particular - just some simpleton's way of coping with the challenges of life? Join us for a lively conversation with a wonderful apologist who will teach us how to better "contend" for the faith. Come to learn not only what you believe but why you believe it.

Join us as our guest, a well known historian, bring John and Abigail Adams to life against the backdrop of the Republic’s tenuous early years. Drawing on over 1,200 letters exchanged between the couple, he will tell a story that is both personal and panoramic. We learn about the many years Abigail and John spent apart as John’s political career sent him first to Philadelphia, then to Paris and Amsterdam; their relationship with their children; and Abigail’s role as John’s closest and most valued advisor. Join us to hear the story of this amazing couple that is both a revealing portrait of a marriage and a unique study of America’s early years. 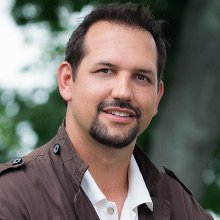 Abdu Murray offers the credibility of the gospel message as a speaker and writer with Embrace the Truth. He has authored several books including Saving Truth, Grand Central Question, Apocalypse Later, and the forthcoming More than a White Man’s Religion. For most of his life, Abdu was a proud Muslim until a nine-year historical, philosophical, theological, and scientific investigation pointed him to the Christian faith. Abdu has spoken to diverse international audiences and has participated in debates and dialogues across the globe. Abdu holds a B.A. in Psychology from the University of Michigan – Ann Arbor and earned his Juris Doctor from the University of Michigan Law School. 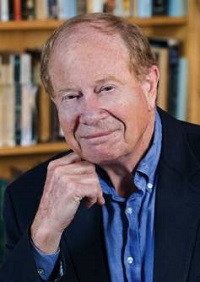 Joseph J. Ellis is one of the nation's leading scholars of American history. The author of eleven books, Ellis was awarded the Pulitzer Prize for Founding Brothers: the Revolutionary Generation and won the National Book Award for American Sphinx, a biography of Thomas Jefferson. His in-depth chronicle of the life of our first President, His Excellency: George Washington, was a New York Times bestseller. Ellis has taught in the Leadership Studies program at Williams College, the Commonwealth Honors College at the University of Massachusetts, Mount Holyoke College, and the United States Military Academy at West Point.