Our guest today is concerned about the cultural decline he sees all around us. He knows people who watch the nightly news are asking themselves, “What is happening to our country?” It seems we have become a nation of people who are offended by everything but sin. What is happening to our country is simple to explain but sad to observe: we are seeing what a culture of sin can do to a country. Within the problem is the solution. Biblical morality reestablished in America by an uprising of God’s people standing for righteousness will bring God’s forgiveness and our healing. Join us to hear his heart and his call to action.

Hour 2: God, Sex and Your Marriage

Join us as our guest applies a biblical framework to the practical challenges in sexual intimacy. Godly sexuality extends far beyond sexual purity and calls us to sexual integrity. God invites every couple to view their sexual relationship, including their greatest struggles, as an avenue to learn about the nature of His covenant love. It’s God's desire to make us more like Himself and sex within marriage is often a powerful training ground for godly character. That desire gives purpose and context to addressing pornography, healing from past wounds, sexual incompatibility, pursuing pleasure together, and forgiveness. 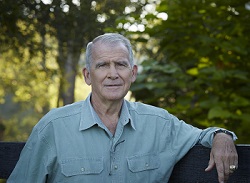 Oliver L. North is a combat-decorated U.S. Marine, #1 best-selling author, founder of small businesses, and holder of three U.S. patents. For seventeen years he was a syndicated columnist and host of War Stories on FOX News Channel. In May 2018, he retired from FOX News to serve as the 66th president of the National Rifle Association of America. North was born in San Antonio, Texas, in 1943, graduated from the U.S. Naval Academy in 1968, and served twenty-two years as a U.S. Marine. His awards for service in combat include the Silver Star, the Bronze Star for valor, and two Purple Hearts for wounds in action. North has authored more than twenty best-selling books and is cofounder of Freedom Alliance, an organization serving wounded U.S. military personnel and their families. He is widely acclaimed for award-winning FOX News coverage of more than sixty U.S. military units in combat and his Freedom Alliance “Hero College Scholarships” for children of service members killed or permanently disabled in the line of duty. He currently hosts a highly popular podcast on his YouTube channel, Real American Heroes. Yet, he says his greatest achievement is being “the God-fearing husband of one, father of four, and grandfather of eighteen.” LtCol North and his wife, Betsy, live in Virginia. In November 2018, they celebrated their 50th anniversary. He is currently the founder and CEO of Fidelis Publishing and Fidelis Media. 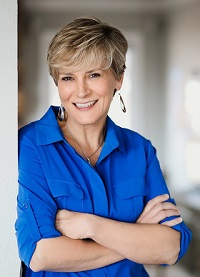 Dr. Juli Slattery is the president and co-founder of Authentic Intimacy, a ministry dedicated to reclaiming God's design for sexuality. She is the host of the weekly podcast, "Java with Juli". She has authored or co-authored twelve books including Passion Pursuit, Rethinking Sexuality, and Twenty-Five Questions You're Afraid to Ask about Love, Sex, and Intimacy. Julie is a member of the board of trustees of Moody Bible Institute.