Hour 1: The Other Side Of Yet

Our guest, a media executive has suffered loss at almost every major phase in her life; the most devastating was the murder of someone who was irreplaceable in her life. Yet through it all, there was a voice inside her insisting that she must let the light shine through the holes in her heart. With evocative prose and spiritual insight, she will offer a compassionate blueprint on how to harness your inner strength. She will share how, while we can’t control the pain or trauma that alters life as we knew it before, we can always pivot to a yet and rebuild a new after.

Ever wonder why everyone wants to immigrate to America? Our guest will answer that question. He will join us to share stories of people, dates, and events that tell the story of our nation. He will share little-known but remarkable events where overcoming incredible odds of failure is more unbelievable and engaging than fiction. Join us to hear an account of progress and redemption in America covering over four hundred years. Learn to understand why we can truly celebrate America!

Michelle D. Hord is a creative storyteller and media executive. A proud graduate of Howard University, she is the president of Hope Warrior, Inc., and former vice president of creative content and talent management at NBC Universal. Michelle has spent more than three decades in network news and entertainment. In a career that has spanned from television control rooms to corporate board rooms, she has consistently sought opportunities to inspire creativity in all its various forms. In 2018, she founded Gabrielle’s Wings, Inc., a nonprofit organization dedicated to giving children of color in vulnerable communities the kind of experiences, access to programs, and exposure that she is unable to now give her late daughter, Gabrielle. 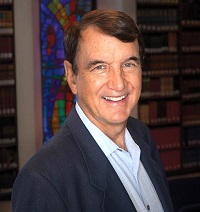 Scott Powell is a senior fellow at the Center on Wealth, Poverty and Morality at the Discovery Institute. He has been an entrepreneur for thirty-plus years, founding two companies and a fellow at Stanford’s Hoover Institution. Having been a frequent guest on national radio and TV, he has also published 250 articles in such publications as the Wall Street Journal, Barron’s Financial, New York Post, Philadelphia Inquirer, Washington Times, Chicago Tribune, Houston Chronicle, Dallas Morning News, San Francisco Chronicle, San Diego Union, Florida Sun Sentinel, USA Today, and about two dozen other newspapers and journals in the U.S., Japan, and Europe. He has been called on twice to provide expert witness testimony for the U.S. Senate Committee on Foreign Relations.