A former LA police officer and CEO of Promise Keepers, our guest will masterfully weave incidents from his days on the force to illustrate what living for God really means. No ducking the truth here! It is time for courageous Christians to live boldly in a decaying culture. Join us to learn how to really make an impact for the Kingdom.

Title IX has reached an important milestone but its long rich history doesn’t necessarily guarantee its future. A major event just took place in Washington, D.C. to mark the anniversary of this protection for women’s sports. We will tell you what happened, who spoke, and why this is significant. 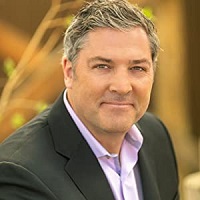 Ken is the chairman and CEO of Promise Keepers. Ken’s mission is to provide executive leadership and strategic direction to the ministry while inspiring men to be bold, humble and ambitious about their faith. Harrison also serves as CEO of WaterStone, a Christian Community Foundation that gives away over $1 million per week to build God’s Kingdom. He started his career as an LAPD street cop in the notorious Watts/Compton area. There he received numerous commendations and awards. Ken then spent nearly two decades in the commercial real estate arena both nationally and internationally. After successfully building and growing his company, he sold the majority interest to Colliers International, the second largest commercial real estate company in the world. He stayed on as CEO of U.S. valuation and chair of international valuation. Harrison is a Colson Fellow and has served on numerous local and national boards, including FCA, Colorado Uplift, Urban Youth Ministries, Corban University and WaterStone. An author and corporate speaker, Harrison has appeared on numerous media outlets including FoxNews.com, The Huckabee Show, “Dr. James Dobson’s Family Talk” and The 700 Club. With a long record of dedicated service to ministry, Harrison leads Bible studies locally and participated in missions trips to Mexico, South Africa, Haiti, and the Philippines. He is the author of Rise of the Servant Kings: What the Bible Says about Being a Man.