Hour 1: Is The Bible At Fault?

Throughout history and around the world, people have made bizarre or dangerous claims in the name of God. They continue to do so today, citing biblical passages out of context or inappropriately. Doing so has led to a wide range of disasters, from executing other Christians for theological differences to wild activities in the name of evangelism, and more. Join us as our guest examines these historical errors, problematic biblical interpretations, and tragedies to reveal how and why the Bible has been misused to justify and rationalize profound acts of persecution, destruction, violence, human rights abuse, and downright strange behavior. Join us to be reminded of how high the stakes can be when we get the Bible wrong.

Hour 2: Hope In The Dark

Why was my child born with a disability? Why did the cancer come back? It can feel impossible to reconcile our intensely painful experiences with the image of a loving and all-powerful God. Today, our guest explores this contradiction with honesty, biblical truth, and the stories of people---including himself---who've wrestled with these deep questions and rediscovered faith. Dr. Jerry Pattengale currently serves as the first University Professor in the history of Indiana Wesleyan University (IWU), after many years in upper administration. He was one of the two founding scholars behind the Museum of the Bible (DC), where he still serves as Executive Director of Education. He holds distinguished appointments at Tyndale House, Cambridge, Lumen Research Institute (IWU and Excelsia College, OZ), and Gordon-Conwell Theological Seminary. Jerry is the executive director of The National Conversations series, a joint effort between IWU and Sagamore to convene events that generate productive conversations on the most controversial issues of our day. Additionally, Dr. Pattengale serves as vice chair of the Religion News Service board and on Yale’s board for the Jonathan Edwards’ Center. His 20-year news column at the Chronicle Tribune has garnered awards from the AP and the Hoosier State Press Association. 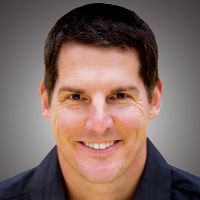 New York Times bestselling author Craig Groeschel is the founding and senior pastor of Life.Church, an innovative church meeting in multiple locations around the United States and one of the largest churches in the world. He is the author of several books and hosts the Craig Groeschel Leadership Podcast. He is the Summit Champion for the Global Leadership Network, which reaches hundreds of thousands of leaders around the world annually