Hour 1: Today Is A Good Day

Job frustrations, difficult relationships, fluctuating health, emotional upheaval. When life conspires to drag us down with all of its troubles, it can be hard to keep our spirits up. Our guest knows. Severely ill and mired in depression, she desperately needed something to cling to. That is when she decided to stand on God's promises that, despite her circumstances, every day was a good day for a good day. Learn how our thoughts determine our beliefs, our beliefs determine our attitudes, and our attitudes determine our behaviors.

This hour we not only look at some of the stories making headlines, but we find out why India thinks that nature is a living entity that deserves rights. We then move to discuss why some Christians have no rights when it comes to religious liberty in the Middle East. Find out why that doesn’t stop the Gospel from spreading. Get ready to think critically and biblically. 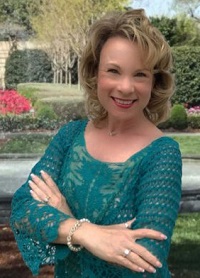 Dr. Michelle Bengston is an international speaker, a national and international media resource on mental health, and the author of the bestselling, multi-award-winning books Hope Prevails and the Hope Prevails Bible Study. Her book Breaking Anxiety's Grip won the 2020 AWSA Golden Scroll Book of the Year and the 2021 Christian Literary Reader's Choice Award in four different categories. She is also the host of the award-winning podcast Your Hope-Filled Perspective. A board-certified clinical neuropsychologist in private practice for more than twenty years