Best of In The Market: Economic Evidence For God

The God who created economic actors and the beliefs that drive their activities is most often blatantly ignored in the field of economics. There is, in fact, vast economic evidence that points the seeker, the skeptic, the Jew, the Gentile, the poor, and the rich alike to the reality of God Almighty―the One who boldly and unilaterally claims not only to have created all things but also to sustain all things. Our guest will join us to examine the evidence. The use of economic thought and data as an apologetic may at first strike you as dry as a two-day-old toast. Still, as you press into the evidence, it will become more and more exciting as you begin to see the world and even your own economic activity through an entirely new perspective. Money―and our personal and collective use of it―can be examined to reveal our faith, or lack thereof, and God’s ever-present reality in our affairs. Our beliefs about God are a primary driver of culture, and that culture is a primary factor in the economy. 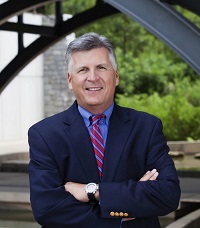 Chuck Bentley, CEO of Crown Financial Ministries Chuck Bentley is CEO of Crown Financial Ministries, the largest Christian financial ministry in the world, founded by the late Larry Burkett. He is the host of a daily radio broadcast, My Money Life, featured on more than 1,000 Christian music and talk stations in the U.S., and an author. His most recent book, Economic Evidence for God: Uncovering the Invisible Hand that Guides the Economy, follows Seven Gray Swans, and Money Problems, Marriage Solutions among others. He also serves on the board of Foundations for Farming in Zimbabwe, an initiative dedicated to helping the ultra-poor learn to flourish using local resources. Chuck is the founder and executive director of the Christian Economic Forum, a global community of high achievers with a higher calling.