The Book of Revelation---the Bible's final word on the end of the world! Our guest will help you understand its predictions as he offers an overview that spells out the events literally and sequentially. Join us to learn about global pandemics, weapons of mass destruction, water and air contamination, how Israel's encircled by hostile nations and buffered by Jordan, and so much more!!

Hour 2: Great Is Thy Faithfulness

No matter your circumstances or feelings, one thing never changes: God is with you. Our guest discovered this through the years he cared for his wife with multiple sclerosis. He joins us to share how he draws on that hard-won faith to show us that God is present even in times of transition, loss, or doubt. As you sink into the amazing attributes of God week after week, you will:

· Grow in your confidence of who God is

· Transform your prayer life in light of God's character 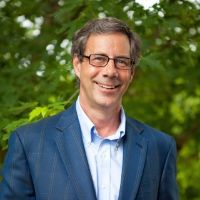 Robert J. Morgan is the teaching pastor of The Donelson Fellowship in Nashville, Tennessee, where he has served for more than 40 years. He is a best-selling, gold-Illuminations, and gold-medallion winning writer with more than 35 books in print and more than 4.5 million copies in circulation in multiple languages. Robert was also a homemaker and a caregiver for his late wife of 43 years, Katrina, who battled multiple sclerosis and passed away in November of 2019.  He is a collaborative writer for Dr. David Jeremiah and Turning Points Magazine. Robert has appeared on numerous television and radio shows. He speaks widely at churches, conferences, schools, and corporate events. In 2014, he was awarded an honorary Doctor of Divinity Degree from his alma mater, Columbia International University.