Do rough patches ever catch you by surprise, causing you to think Why is it so hard right now? Why is there tension? Was it something I did? Despite our best intentions, we all have blind spots—bad relational habits that are keeping us from enjoying our relationships fully. And since relationships stand at the center of all we do, if we can learn to do relationships even fractionally better, every aspect of our lives improves. Whether you struggle to overcome past wounds, insecurity, blame, or envy, it's time to reflect on your relational habits and reset. Join us as our guest reveals unhealthy patterns that may be holding you back, gives you practical steps for improving your relationships, and helps you find your ultimate security and identity in Jesus Christ. When you reset your relationships, you honor God, yourself, and the ones you love.

Hour 2: News Of The World

Join us this hour for a conversation about issues impacting the globe. We start with stories making headlines and then move to a discussion on how some states are quietly adopting vaccine passports as “SMART heath passes.” We round out the hour hearing stories of how the Gospel is impacting the Middle East and how you can help the people of Ukraine. Get ready to lengthen your prayer list!! 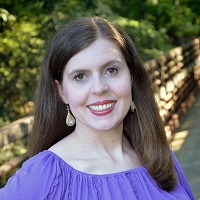 Dr. Laurel Shaler is a national certified counselor and licensed social worker. She is an Associate Professor at Liberty University where she serves as the Director of the Master of Arts in Professional Counseling program. Dr. Shaler writes and speaks on the intersection of faith, culture, and emotional well-being, and is the author of Relational Reset: Unlearning the Habits that Hold You Back and Reclaiming Sanity: Hope and Healing for Trauma, Stress, and Overwhelming Life Events. 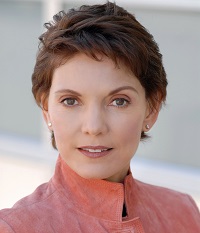 Reggie Littlejohn is Founder and President of Women’s Rights Without Frontiers, an international coalition to expose and oppose forced abortion, gendercide and sexual slavery in China. Reggie also led the international effort to free blind activist Chen Guangcheng, who arrived in the United States on May 19, 2012. She and Chen Guangcheng appeared together on a Voice of America broadcast on January 31, 2013. An acclaimed international expert on China’s One Child Policy, Reggie has testified six times at the United States Congress, three times at the European Parliament, and she has presented at the British, Irish and Canadian Parliaments as well. Her first address at the European Parliament redefined the debate about China’s One Child Policy, revealing it to be systematic, state-sponsored violence against women. This address was included as a chapter in the book, Human Rights in China After the Olympic Games, (Human Rights Without Frontiers, 2009). A dynamic keynote speaker, Reggie has spoken at the Harvard and Stanford law schools, the Johns Hopkins and George Washington Universities, The Heritage Foundation, the Family Research Institute, Institute for Cultural Diplomacy and the Victims of Communism Memorial Commemoration.