Hour 1: The Battle For Truth

Get ready for a full hour of news and analysis. We start with stories making headlines and then move to a conversation about the war in Ukraine and how it reminds us that good men protect and defend women. Rounding out the hour, we hear why so many states are proactively moving to protect women’s sports and why this became a controversy. What does this mean for Title IX and women’s sports going forward?

Hour 2: Give Satan The Credit He Is Due

When was the last time you stopped long enough to remind yourself that you have a very real adversary? Whether you've taken it seriously or not, it's true. Join us to explore the Word and what's behind Satan's name, our guest will expose him; though Satan wants you to stay blinded. Because he knows that when you're kept ignorant, you won't be vigilant. And in that movement of revelation . . . when you see Satan as more real than you gave him credit for . . . you'll become more aware of what terrifies him: the power and authority you have in Jesus. 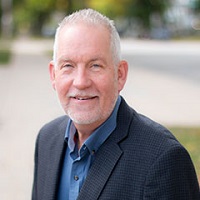 Dr. Bruce Becker is currently the executive vice president of Time of Grace Ministry. He has served as the pastor of a mission start in New York State, lead pastor of a church in Brillion, Wisconsin, and a ministry coach to churches and schools. He is also the host of the podcast "Bible Threads with Dr. Bruce Becker". He is a respected church consultant, public speaker, advisor, and published author. He has a professional doctorate in leadership and ministry management from Trinity International University in Chicago.