Hour 1: The Case For Heaven

We all want to know what awaits us on the other side of death, but is there any reliable evidence that there is life after death? Our guest, an investigative author will offer a lively and compelling study into one of the most provocative topics of our day. Through fascinating conversations with respected scholars and experts--a neuroscientist from Cambridge University, a researcher who analyzed a thousand accounts of near-death experiences, and an atheist-turned-Christian-philosopher--he will provide compelling reasons for why death is not the end of our existence but a transition to an exciting world to come.

The "wokeness" that emerged from the social unrest of 2020 has swept through schools, businesses, and even sports. Driven by the radical ideologies of Critical Race Theory and intersectionality, it has destabilized public and private life—including the Church. Our guest, a theologian, will join us to make clear, this is not true justice, nor is it true Christianity. While wokeness employs biblical vocabulary and concepts, it is an alternative religion, far from Christianity in both its methods and its fruit. A potent blend of racism, paganism, and grievance, wokeness encourages "partiality" and undermines the unifying work of the Holy Spirit. It is not simply not the Gospel; it is anti-Gospel. 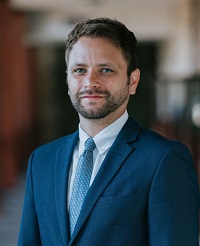 Dr. Owen Strachan is the director of the Center for Public Theology at Midwestern Baptist Theological Seminary, where he daily equips Christians to think well about the Word and the world. The author of nineteen books and host of the City of God podcast, he is a prominent cultural commentator and in-demand speaker around the globe.