Best of In The Market: Attacking Anxiety

Our guest was the lead pastor of a thriving, fast-growing church. He was supposed to have it all together. But he was also struggling in silence with anxiety and depression, suffering from debilitating panic attacks that told him the lie that this would never end, that he'd spend the rest of his life in excruciating pain. Until one day he ended up sobbing and screaming on the side of the road. He had to be brought home by his wife and two friends, who removed any potential weapons from his house while he sat with his head in his hands, begging God for a miracle. Join us as he vulnerably shares about this dark time and offers those familiar with that same struggle everything he's learned in his battles with anxiety, depression, and hopelessness. 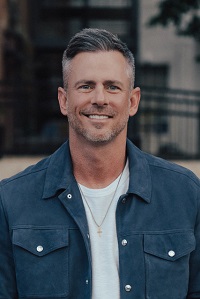 Shawn Johnson serves as Senior Pastor of Red Rocks Church in Denver, Colorado, a community he and a small group of people started in 2005 that has grown to include six different campuses. Red Rocks Church has been listed on both Outreach Magazine's Fastest Growing Churches list and Largest Churches list many times, most recently listed as the 14th largest church in America. Shawn has spoken at a variety of conferences, events, ministries, and other churches, including Leadership Network, Right Now Media, Experience Conference, C3 Conference, and many others. He is passionate about seeing the people of Denver transformed by the Word of God and making heaven more crowded! Shawn is the author of Transit, a book dedicated to taking people closer to God. In it he shares his personal journey in growing closer to God, uncovers disciplines that were critical to that journey, and invites each of us to ignite an authentic relationship with God.