Best Of In The Market; When Angels Fight

When she was fifteen years old, Leslie King ran away from an abusive home, looking for a better life and longing for real love. What she found instead was a man who wooed her just long enough to trap her in a life of prostitution. She became one of the many thousands of trafficked individuals in the United States today, a number that continues to rise-in the biggest cities and in the most idyllic towns. Join us to hear her incredible story and learn how God took her painful journey and used it to minister to those who have been used, abused and discarded. 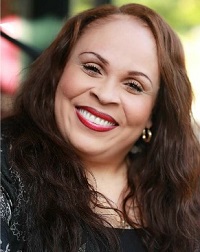 Leslie F. King is the founder of Sacred Beginnings, an organization in Grand Rapids, Michigan, that takes in former prostituted individuals, supporting them in addiction counseling, job training, and community building. She is an activist for trafficked and jailed women across the country, including high-profile cases of women who’ve killed their abusers in self-defense. Leslie has appeared on The Today Show, on other news programs, in courtrooms, and in front of many community organizations and churches to tell her story.