Hour 1: The Case For Miracles

Do miracles really happen? Is the supernatural real? With his trademark investigative approach as an award-winning reporter, our guest will examine whether New Testament miracles pass for historical facts; if near-death experiences offer a glimpse into the afterlife; whether paranormal activity has any credibility; and more. We will learn the ways God still actively intervenes today—and what the church's response should be.

Hour 2: Out Of The Darkness

Why would someone raised as a Muslim decide to follow Jesus? What cost would you willing to pay to be publicly aligned with the Son of God in a hostile nation? Join us for a riveting conversation with a man who is passionate about sharing the Gospel with people living in the Middle East. 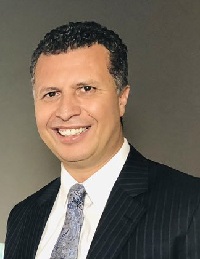 Brother Rachid is a Moroccan Christian convert from Islam whose father is a well-known respected Imam. He is one of the most outspoken converts in the world, he hosts a weekly live call-in show on Al Hayat TV where he compares Islam and Christianity as well as debates Islamic scholars.